It is factual and detailed description of a person known or unknown, famous or obscure, motivating personality or a person of acquaintance.
It includes the person's life, education, career, personality traits, contribution, achievements, awards, etc.
It involves optimum use of comprehension, knowledge of sentence structure, grammatical accuracy and rich vocabulary.
The Description of the person has to be precise with use of correct vocabulary, specific terms and suitable adjectives.
One must be attentive while reading or listening to the information given with the question.
One must not avoid/miss any fact or imformation provided with the question nor add any information.

Purpose
The purpose of writing bio sketch is to describe a person, to spread awareness or motivate the readers.

Format
1. Title - mostly the name of the person described ( keep the title in centre and underlined)
2. Content (1-2 paragraphs)
3. Closing (assessing the personality or the most important trait or contribution)

Phrases that may be used :

Towering personality
An epitome of hard work/kindness/truth/honesty
The true example of friendship/leadership/scientific ingenuity
He/she made a great contribution in the sphere of sports/science/music/dance/cinema/art/politics .................
One of the finest gems of Indian cinema/music/dance/literature/ art ………
An image of purity/sincerity/hard work/determination ……....
An evershining name in he world of science/art/literature .........

Q. In the box below some points / cues are given on Walt Disney. Write a biographical sketch of Walt Disney using the information. Don’t add any information.

Ans.  Walt Disney was born on December 5, 1901 in Hermosa, Illinois. Since his childhood he showed interest in drawing and painting and started drawing and painting as well as selling pictures to his neighbours and family friends. Disney attended McKinley High School in Chicago, where he took drawing and photography classes. He joined courses at the Chicago Art Institute. He also joined the Red Cross.
Walt and Harman collaborated with a local City theatre to screen their cartoons. The cartoons were hugely popular, and Disney was able to acquire his own studio where they did a series of seven minute fairy tales that was called Alice in Cartoonland. Disney with his brother Roy moved to Hollywood. Now, he is recognised as the master creator of Mickey Mouse, the love of all children.

It is factual and analytical description of figures, facts, bars, tables, graphs, charts or data based on a topic/issue.
It is more analytical form of factual description.
It requires awareness and good understanding of the data and comparative study of figures and arriving at an inference.
Interpretation has to be precise using right vocabulary or specific terms and suitable adjectives.
One must not avoid/miss any fact provided with the question nor add any information.

The purpose of data interpretation is to analyse, describe and compare the data/figures.

Phrases used to improve the quality of Interpretation

As shown in the above graph/table/chart …………..
As per the trends shown in the chart …………………
If we compare the data shown by lines…………..
The above chart shows …………………….
The line graph clearly indicates the escalating prices/production/sales ……..
A consistent growth is indicated in ………………………
As a contrast, a steep fall is visible in …………………
Net production has risen sharply in ……………………...
Overall sales witnessed almost no change in the year/years ……….
In the month/year/decade production reached its peak …………
Sales halved/doubled/tripled/quadrupled/ increased fivefold in …….

Q1. In the table given below the data of production of sugar by 6 major units in India is shown in various months. Interpret the data in your own words.


Q2. The data of rainfall in the years 2012-2017 is presented in the bar graph given below. Interpret the data in your own words. 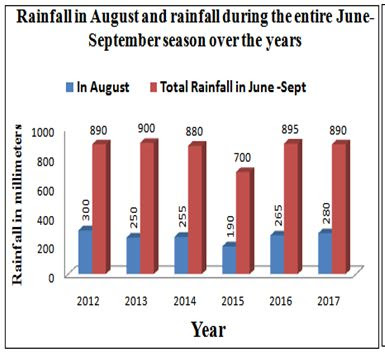 Legend of the Northland

A Legend of The Northland
By Phoebe Cary

Analysis of the poem

§  The poem ‘The Legend of Northland’ is composed by Phoebe Cary who is an American poetess.
§  This is a ballad poem. It narrates a story in short paragraphs containing four lines each. It is divided into 16 stanzas that tell us a story.
§  The story is a part of the folk culture of small region. It is the story of the Northern area, which is near North Pole. The poet doesn’t specify the exact place but ‘Northland’ means the area in the northernmost part of the earth.
§  The word ‘legend’ refers to a historical or very old story that has been orally passed from generation to generation.
§  The tone of the poem is didactic as the poet wants to teach the readers a lesson or a moral.
§  A very significant message is conveyed through the poem that we should not be selfish and greedy. We need to be helpful and sympathetic towards others.

·       The poem opens with the scene of a beautiful place in northern part of the world where a woman was baking cakes.
·       In Northland the days are short because the sun’s rays reach for very little time and during winter, the duration of the night is much longer that the people can’t sleep them through.
·       The region experiences severe cold conditions as it snows most of the time there. The people, there use reindeers to pull their sledges and the children look like polar bear cubs as they wear clothes made of the fur and the skin of the bear.
·       The elders tell a strange and interesting story about the young ones. However, the poet does not believe that the story is true but it gives an important message.
·       The story goes like this – Saint Peter goes around the world giving spiritual lectures to the people. Once, while giving lectures, he reached the door of a cottage where a small woman was making cakes in the fireplace. Saint Peter was very hungry as he hasn’t had a meal for days and was feeling weak. So, he approaches the woman and asks for one cake out of many baked by her.
·       The woman was selfish and she could not give him a cake from the store. In its place, she makes a very small cake for Saint Peter but when she places the cake for baking she thought that is too big to give away. The miser woman then again started making a smaller cake but couldn’t give any cake to Saint Peter. She felt that when she eats them they seem to be small but they seem to be too big to be given away that’s why she put all the cakes on her kitchen shelf and didn’t give any to Saint Peter.
·       Saint Peter gets angry and curses the woman because she was selfish, greedy and did not deserve to live as a human being. He curses the woman to become a bird who had to build its nest and find it food by boring into the wood and to collect very little food by working the entire day.
·       The woman became a woodpecker and flew through the chimney. The woman’s body became black due to fire and smoke of chimney and her red head dress remained there as the red cap of the woodpecker. The people in the countryside tell this story seeing woodpecker in the surroundings.

Rhyme Scheme
ABCB for each stanza

Message
This folklore brings out a very significant message that we need to be helpful and sympathetic towards the poor and needy people. We should not be selfish and greedy and must not think about only our needs and desires. The poem gives a message to nurture human values of love, kindness and compassion for the entire mankind.