Making of a scientist

Making of a Scientist

·       The chapter ‘The Making of a Scientist’ written by Robert W. Peterson is a detailed account of Richard H. Ebright’s life, contributions and achievements that made him a great scientist.

·       The chapter describes how Richard H. Ebright’s researches, experiments, projects, habits, interests and determined work to prove his ideas led him to his theory about cell life.

·       It also mentions the important ingredients of a great scientist that were possessed by Ebright.

·       Ebright’s mother played important role in his development as a scientist as she possibly could see the signs of a great scientist in him.

·       Ebright’s character is a great lesson to the inquisitive young minds because he wanted to win not for the sake of winning but he possessed a will to win for the right reasons. 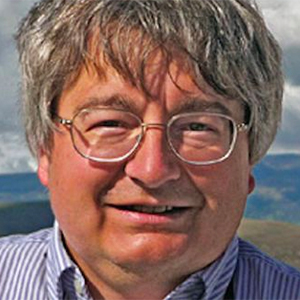 §  At the age of twenty-two Richard H. Ebright who had been ‘scout of the year’ published, along with his roommate, a new theory on how cells work and explained the theory in an article in the Proceedings of the National Academy of Science. It all started with butterflies. Ebright, an only child grew up in north of Reading, Pennsylvania. In kindergarten, Ebright collected butterflies. He also collected rocks, fossils, and used to stargaze all night.

§  His mother encouraged his interest in learning and took him on trips, bought him telescopes, microscopes, cameras, mounting materials. She would bring home friends for him. His father died when Richard was in third grade. If he didn’t have things to do, his mother found work for him. He earned top grades in school.

§  In the second grade, Ebright had collected all twenty five species of butterflies found around his hometown. Then his mother got him a book, The Travels of Monarch X, which opened the world of science to the young scientist. At the end of the book, readers were asked to tag butterflies for research by Dr Frederick A. Urquhart of the University of Toronto, Canada. Ebright attached light adhesive tags to the wings of monarchs. Anyone who found a tagged butterfly was asked to send the tag to Dr Urquhart.

§  Ebright started raising butterflies in his basement. He caught a female monarch, took her eggs, and raised them in his basement through their life cycle, from egg to caterpillar to pupa to adult butterfly. Then he would tag the butterflies’ wings and let them go.

§  In the seventh grade he entered a county science fair but lost. He showed slides of frog tissues under a microscope. He realised the winners had tried to do real experiments. The competitive spirit was driving Richard Ebright and he appeared for prize projects in county and international science fairs.

§  For his eighth grade project, Ebright tried to find the cause of a viral disease that kills nearly all monarch caterpillars every few years and he won. For next year's science fair project he tested the theory that viceroy butterflies copy monarchs. He proved that viceroys look like monarchs because monarchs don’t taste good to birds. Viceroys, on the other hand, do taste good to birds. So the more they look like monarchs, the less likely they are to become a bird’s food. This project was placed first in the zoology division and third overall in the county science fair.

§  In high school, Richard Ebright’s research led to his new theory on the life of cells. He tried to find the purpose of the twelve tiny gold spots on a monarch pupa. He built a device that showed that the spots were producing a hormone necessary for the butterfly’s full development.

§  In his senior year he grew cells from a monarch’s wing in a culture and showed that the cells would divide and develop into normal butterfly wing scales only if they were fed the hormone from the gold spots. It won him first place at the International Fair. At Harvard University, Ebright was able to identify the hormone’s chemical structure.

§  During his junior year, Ebright discovered how the cell can ‘read’ the blueprint of its DNA. DNA is the substance in the nucleus of a cell that controls heredity. It determines the form and function of the cell. Thus, DNA is the blueprint for life.

§  Richard Ebright graduated from Harvard University with highest honours, second in his class of 1,510. His high school research on the gold spots of a monarch pupa eventually led him to his theory about cell life.

§  Ebright was also a champion debater, public speaker, a good canoeist and an expert photographer, he was an all rounder. Richard A. Weiherer, his social studies teacher said that Richard was competitive, but not in a bad sense. Richard wasn’t interested in winning for winning’s sake. For the right reasons, he wants to be the best. He possessed all the ingredients of a great scientist - first-rate mind, scientific curiosity, and will to win for the right reasons.

1.    It all started in kindergarten with Ebright collecting butterflies, rocks, fossils, etc.

2.    His mother encouraged his interest in learning and bought him telescopes, microscopes, cameras, mounting materials and got him the book ‘The Travels of Monarch X’.

4.    He tried to find the cause of a viral disease that kills monarch caterpillars

5.    He tested the theory that viceroy butterflies copy monarchs.

6.    He tried to find the purpose of the gold spots on a monarch pupa and showed that the spots produce a hormone necessary for the butterfly’s full development.

7.    He grew cells from a monarch’s wing and showed that the cells would divide and develop into normal butterfly wing scales if they were fed with the hormone from the gold spots.

8.    He discovered how the cell can read the blueprint of its DNA which determines form and function of cell.

9.    Richard Ebright graduated from Harvard University with highest honours, second in his class of 1,510.

Ans. Richard Ebright possessed all the possible ingredients of a great scientist. He possessed first-rate mind, scientific curiosity, never dying spirit and a strong will. He was an all rounder.  He was champion debater, public speaker, good canoeist and an expert photographer. He was competitive, but not in a bad sense. He possessed a will to win for right reasons. All these qualities helped him become a great scientist, also these qualities can help anyone achieve success in his field or sphere.

Q2. What role Richard Ebright’s mother had played in his development and growth as a great scientist?

Ans. A mother is the first school for a child. Similarly, Richard Ebright’s mother played the role of an important teacher in his life and helped him emerge a great scientist. His mother encouraged his interest in learning and took him on trips. She also bought him telescopes, microscopes, cameras, rocks and all the materials required for his experiments and research. She would bring home friends for him. If he didn’t have things to do, his mother found work for him. They both used to discuss important topics on the dining table. Most importantly she brought him the book ‘The Travels of Monarch X’ which gave the right direction to his scientific curiosity and inquisitive temper. This way mother played a pivotal role in the Ebright’s development as a scientist.