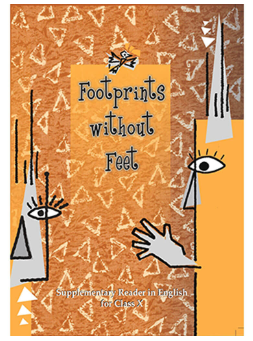 Q1. “Education is that which liberates.” How did right education make a big difference in the life of Bholi enabling her to take decisions for herself?
Ans. Right education imbibes the children with values and awareness towards their rights and the teacher of Bholi has done a great job. Bholi is educated in right sense who knows her duties towards her parents and is happily ready to undertake them. Besides, she knows her rights that nobody can force her to accept a wrong match and has courage to go against it. Bholi has been presented as a real example that education is that which liberates.
Q2. Fiction writers prefer creating grey characters rather than black and white. Analyse the statement with reference to both the characters in ‘The Thief’s Story’.
Ans. White refers to hero or noble characters, black refers to villain or evil characters and grey refers to mixed personalities having their strengths and weaknesses.
Both Hari and Anil are a reflection of real life characters. They have their good points as well weaknesses. Hari who robbed people, eventually changed to be an honest person desiring to get education.
Anil also is not a heroic character. He earns and spends, borrows and lends without thinking of his future. They both are very simple people leading life of ups and downs.
Q3. How does Noodle very smartly put up his ideas before his boss without offending him or hurting his sentiments?
Ans. Noodle is very smart, clever and manipulative. He knows how to put in his ideas or opinions without offending his boss, Think Tank or without letting him know that his ideas are not so good. Noodle uses the words like insignificant idea or trifling mind for his suggestions even when his ideas are brilliant as he doesn’t want to be condescending towards his boss as well as retain his job with dignity.
A. Horace conducted one big robbery in a year after meticulous planning and research. He had love for exquisite and expensive books. He was afraid to be imprisoned. But, he wasn’t greedy.
Horace can't be categorised as a stereotypical thief because he was not a professional who earned his bread by robbing people. He did not harm anyone and neither took any weapon ever. He used to steal some money once a year to satisfy his hobby to buy and read rare and expensive books with the stolen money.

Q5. How does the story 'Bholi' highlight social evils prevalent in Indian Society?

A. The story 'Bholi' highlights many social evils prevalent in Indian society such as stereotypes related to having a girl child, her marriage being a burden, money and property involved in marriage, and compromise with the objectives of love, perfect match and happiness for the prospects of estate and social status.

Bholi's father sent his sons to schools and colleges for education but not his daughters. Villagers think that an educated girl is difficult to get married. Bholi’s marriage was the greatest concern as if a girl without marriage is unacceptable in the society. A girl’s physical and facial beauty is a major concern and a matter of worry for a family as if a girl is an object of beauty and without physical beauty she is worthless.

Q6. A lot of fiction writers have glorified grey characters such as cons and thieves. Justify the statement with reference to 'The Hack Driver'.

A. A lot of fiction writers have glorified clever cons like Lutkins in the story who with his gift of gab and remarkable talent of making stories impressed gullible lawyer. Other fiction writers have done the same in their creations i.e. Open Window, Dusk and movies like Bunty Aur Bubli and Dhoom.

Q7. Who is responsible for Matilda's loss? How could she have avoided this tragic turnout in her life?

A. Matilda herself was responsible for her loss. Her greed and strong desire to lead a lavish and luxurious life led her to the tragic end of the story. In order to satisfy her desires, she had to borrow the necklace which was lost. She could have chosen something within her husband’s budget and given more importance to real happiness, and a loving and caring husband. Even her own beauty was a great asset, If she had told truth to her friend when necklace was lost, she could have avoided this tragic end.

Q8. "Mother is a child's first school". Elaborate the statement in the light of Richard Ebright's mother's contribution in making him a scientist.

Ans. "Mother is a child's first school." This statement is truly justified. The role of Ebright’s mother is immense in making him a scientist. She bought all the necessary equipments such as microscope, telescope, camera, mounting material, brought friends for him, gave him tasks to do. She discussed things with him on dining table, played with him. Most importantly, she brought a magazine – Travels of Monarch X which was a turning point in making him a scientist.

Q9. How does Mrs. Pumphrey and her pampering and uncontrolled love led Tricki to obesity and sickness?
Ans. Mrs. Pumphrey loved and treated Tricki like her own son. Her uncontrolled love, over protectiveness, pampering attitude made her weak and she could not maintain strict regime for Tricki, She used to overfeed Tricki providing extra food, chocolates, horlicks, wine, egges etc. Tricki being greedy could never say no to food which led to its obesity and sickness.
Q10. How was Ausable successful in fooling Max and get rid of him?
Ans. Ausable described balcony so minutely and confidently as if it has always been there. He also added that his room was a part of an apartment and using the balcony someone entered his room earlier too. He expected Harry, a waiter at the gate, so he created a story that police was at the gate as he had called the cop for security of papers. Out of fear Max jumped in the balcony which was never there. He made a good use of intelligence, maturity, patience, confidence, sensibility and presence of mind.