·       The chapter ‘My Childhood’ is an extract from ‘Wings of Fire’ which is an autobiography of A. P. J. Abdul Kalam, a great scientist and 11th President of India.

·       It beautifully strings important incidents and episodes in early life of APJ Abdul Kalam who is a great inspiration to all the young people.

·       The story highlights the importance of religious unity and communal harmony through several episodes in Kalam’s early life in which his teachers played a pivotal role in moulding his personality and shaping his thoughts.

·       The chapter is a beautiful message for all the Indians to keep their nation integrated and unified. Simultaneously, it appeals us to break all the religious and communal barriers and live together harmoniously.

§  APJ Abdul Kalam was born in a middle class Muslim family. He had three brothers and a sister. Kalam lived in his ancestral house in the island town of Rameshwaram in erstwhile Madras State (now Tamil Nadu).

§  The father of APJ Abdul Kalam believed in living a simple life without hoarding unnecessary materials. Nevertheless, he made all the necessities available to his children and his was a secure childhood both materially and emotionally. His father didn’t receive much formal education but he was far too wise and sensible. His mother was kind and charitable.  More were outsiders than the family members eating in his house every day. Kalam inherited the qualities of self-discipline, honesty from his father and faith in goodness and compassion from his mother.

§  Kalam’s family was secular in nature. His family giving an equal amount of respect to all the religions, actively participated in Hindu festivals and arranged boats for Sita Ram Kalyanam Ceremony. Kalam grew up listening to the stories from Ramayana by his mother and grandmother.

§  World war II broke out when Kalam was 8 years old. During the world war due to an emergency he helped his cousin in distributing newspapers and earned his first wages. Earlier this, he also earned few annas by collecting tamarind seeds and selling them to a provision store.

§  Kalam had three close friends from orthodox Hindu Brahmin families but the innocent feelings of the friends were untouched by any poison of discrimination.  All the friends went into different professions. 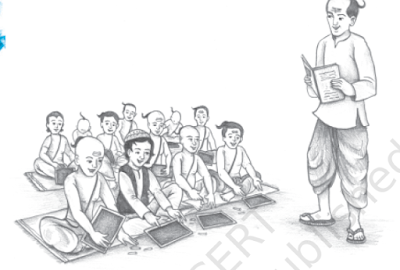 §  When Kalam was in 5th standard, a new teacher came in his class. Kalam, a Muslim boy, was sitting with Ramanandha, a Hindu priest’s son. The new teacher was not able to tolerate this. So, he asked Kalam to sit on the backbench. Both the friends felt very sad and narrated all this to their respective parents.

§  After this, Ramanandha’s father met with the teacher to apologise for his mistake and warn him not to spread the poison of social inequality and communal hatred in young minds. Consequently, there was reformation in the nature of the new teacher.

§  One day, the science teacher of Abdul Kalam invited him to his home for dinner. However, wife of the science teacher didn’t agree to serve Kalam in her kitchen due to her rigid religious beliefs. The teacher decided to serve Kalam with his own hands and sat beside him to eat his meal. The wife was observing all this behind the kitchen. When the teacher invited Kalam again for a meal in his house, next weekend, his wife took Kalam inside her kitchen and served him with her own hands.

§  Kalam expressed his desire to go to Ramanathapuram for further studies after the end of Second World War. His parents consented as they didn’t want to obstruct their child’s growth and development by keeping him with them in a small town.

The story teaches the lesson of religious unity and communal harmony. It tells us to break all the religious and communal barriers, remove the differences of religion, caste and community, not to be orthodox and rigid in our thoughts and actions, rituals and customs. The chapter is a beautiful message for all the Indians to stay united and help keep India integrated and unified and make it a progressive nation.

Q1. ‘Teachers can make or break their students’ lives’. Illustrate it with reference to the chapter.

Ans. ‘Teachers can make or break their students’ lives’. This statement is apt in all the times and for all the people. When the new teacher saw Kalam, a Muslim boy sitting with Ramananda Shashtry, a Hindu priest’s son, he was not able to tolerate and asked Kalam to sit on the backbench. This incident could have mixed the poison in the hearts of innocent children but Krishna Shastry intervened and brought reformation in the new teacher. On the other hand, the science teacher tried his best to bridge this religious difference and social inequality by inviting Kalam to his house for dinner ignoring his wife's displeasure. He was successful in his efforts bringing a positive change in his wife and showing right path to Kalam. Thus, the teachers like Shivasubramania Swami play a pivotal role in casting a positive influence in the life of students and help them be the change that is needed in the society.